The Nigerian reggae legend, Majek Fashek died in New York. He has been ill for some time, and sadly, he died in his sleep. The cause of his cause of death is unknown. Majek Fashek’s manager confirmed the death of the star on Instagram. He wrote, “Today, I have been having pressure calls, well it is true that the African No 1 Legendary ICON has gone to be with the LORD his Maker, Let’s celebrate him, his achievements and his family, what ever decisions made by his immediate family will be notified”.

Life and Times of Majek Fashek

Majek Fashek, whose real name is Majekodunmi Fasheke, was born in the month of March, 1963. He was a singer, song writer and guitarist.

In his career he made great hits, such as SEND DOWN THE RAIN and SO LONG TOO LONG and have worked with international artists like Tracy Chapman and Snoop Dogg.

He was well known internationally, and he appeared on the high-profile David Letterman chat show on US television in 1992, where he sang one of his hit song So Long for Too Long.

He released four great albums throughout his career. The first album titled Prisoner of Conscience was released in 1989. His final album was released in 2005 and it was titled Little Patience.

His style of music was influenced by Bob Marley.’

He is survived by four (4) children and his ex wife, Rita. 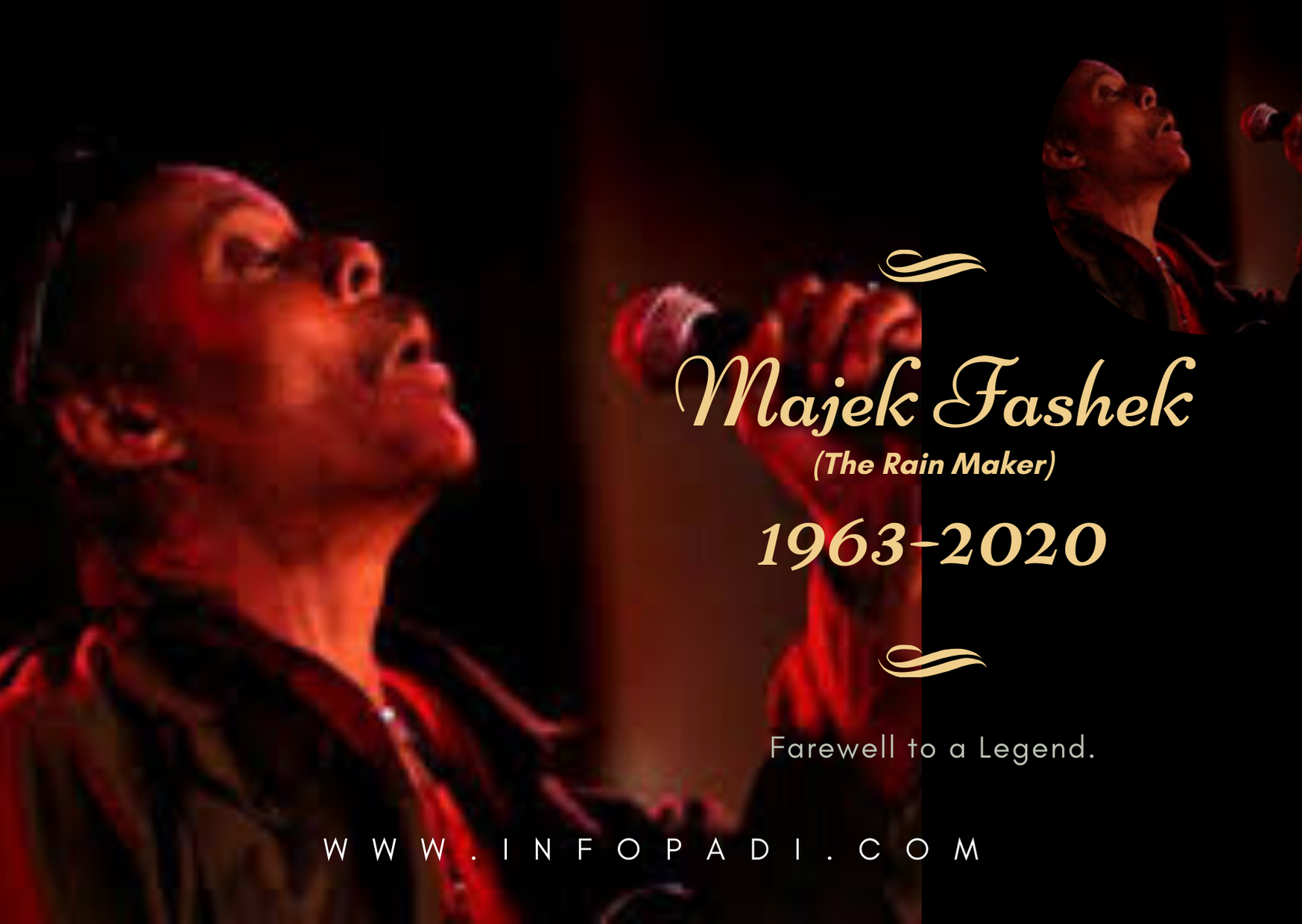 Here at Info Padi, we are celebrating the life and times of the music icon in our own little way. Find below 10 Majek Fashek songs you should listen to today.

Send Down the Rain

So Long for Too Long

I’ve Got The Feeling

He will surely be missed. Rest on Great Man.

Tell us your best memory of Majek Fashek. Share this updates with your friends. Use any of the sharing buttons displayed on your screen.

Kindly subscribe to this website using your email for faster response from our team. Subscription is totally free.